Select the "more info" link to keep up with the latest from Penn State about the global coronavirus outbreak. MORE INFO >

Meet the Vice President and Dean

Dr. Pangborn holds B.S. and A.B. degrees from Rutgers University in civil engineering with a business emphasis, as well as M.S. and Ph.D. degrees in mechanics and materials science. He has taught and conducted research since 1979 in the Department of Engineering Science and Mechanics in the areas of engineering mechanics and structures, failure analysis, and engineering materials, publishing over ninety papers. He was elected as a fellow of the American Society of Mechanical Engineers in 1999, served as senior vice president for Strategic Management from 2006 to 2009, and as a governor from 2009 to 2012 for ASME International.

Dr. Pangborn served as Penn State's interim executive vice president and provost from November 2011 to June 2013. He was an associate dean in engineering for more than ten years, overseeing preparation for accreditation review of undergraduate engineering programs, curricular development and assessment, instructional services, student recruitment and retention, diversity programming, advising, co-operative education, and international programs. He served as chair of the Intercollege Graduate Program in Materials from 1993 to 1999 and as interim campus executive officer and dean at Penn State Altoona in 1999-2000. Pangborn chaired the University Faculty Senate in 1993-94. He has led and/or collaborated on programs on educational innovation and assessment, reform of the University-wide general education curriculum, cross-disciplinary curricular initiatives and faculty development; been recognized by the Penn State Engineering Society for both outstanding advising and outstanding teaching; and won a Provost's Award for Collaborative Instruction and Curricular Innovation and the McKay Donkin Award for service to the faculty. 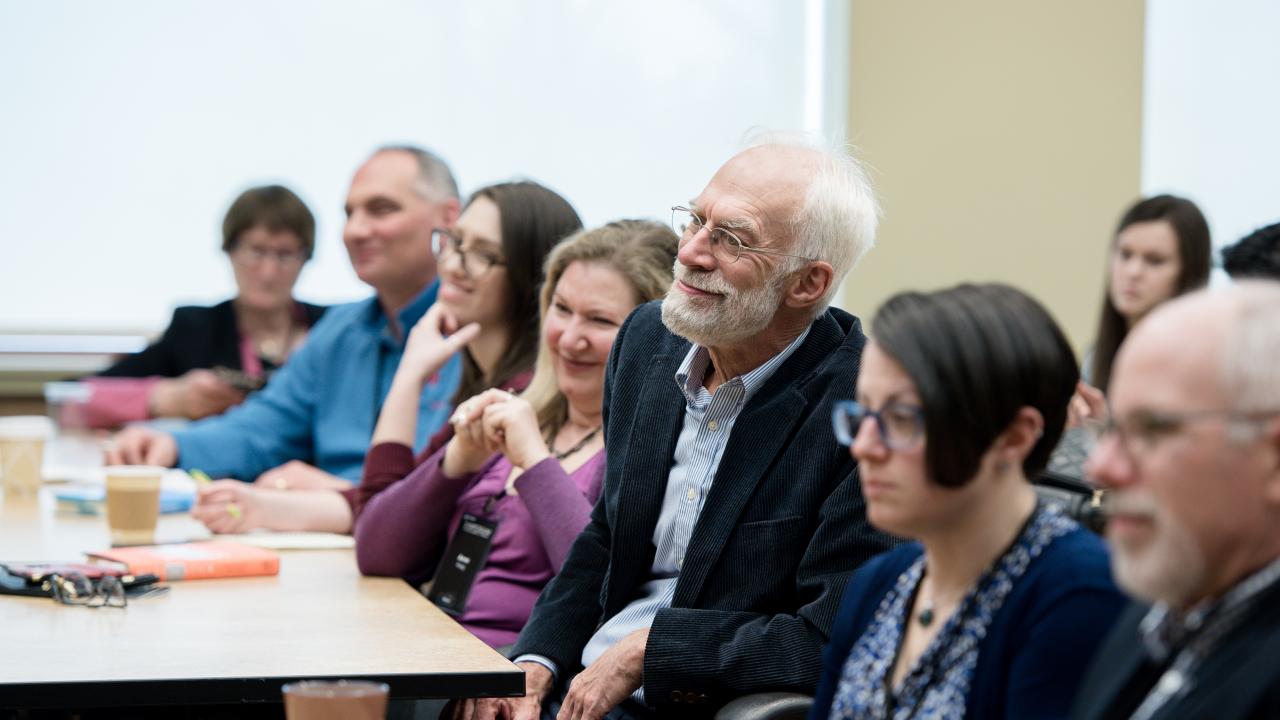